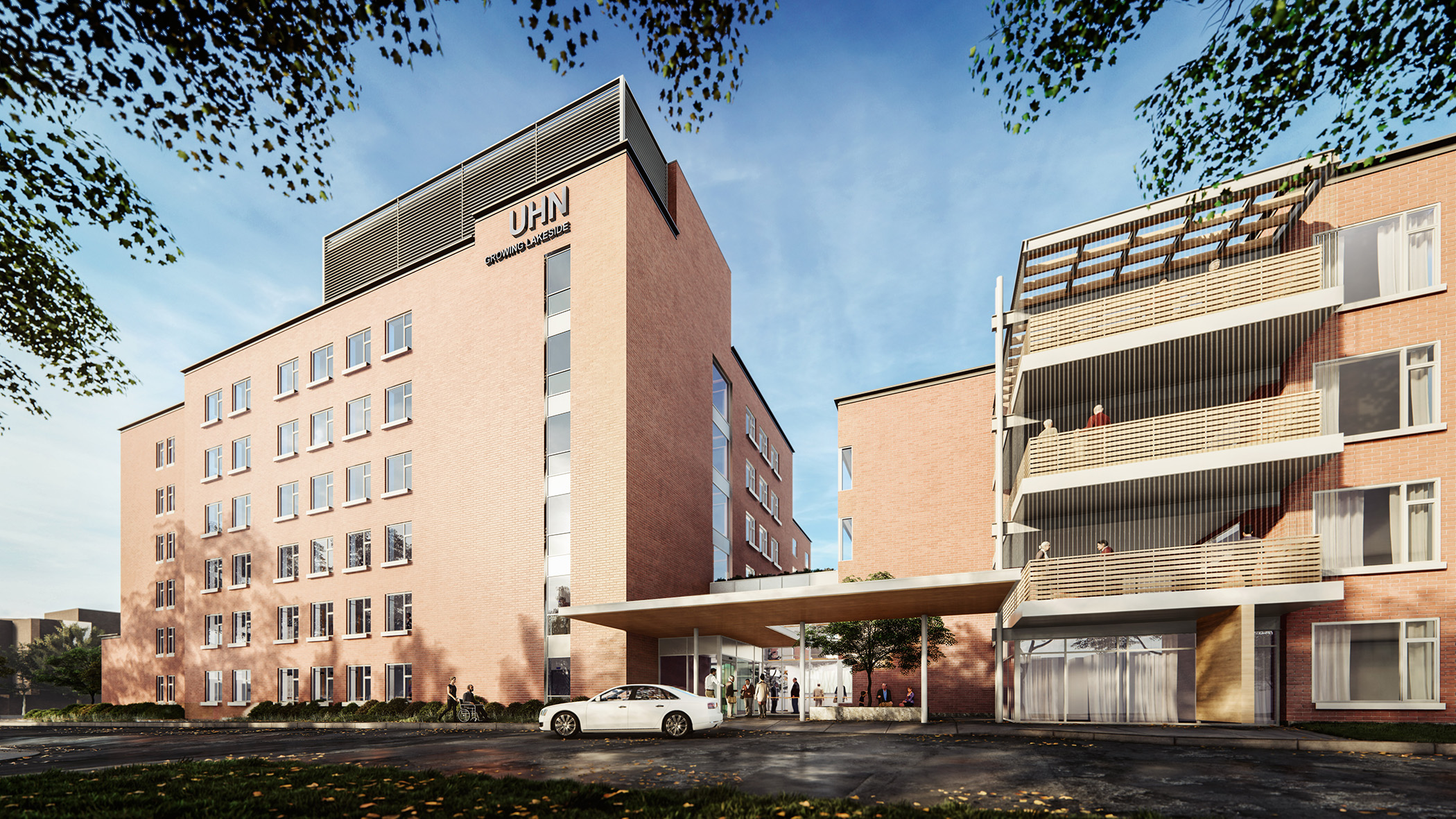 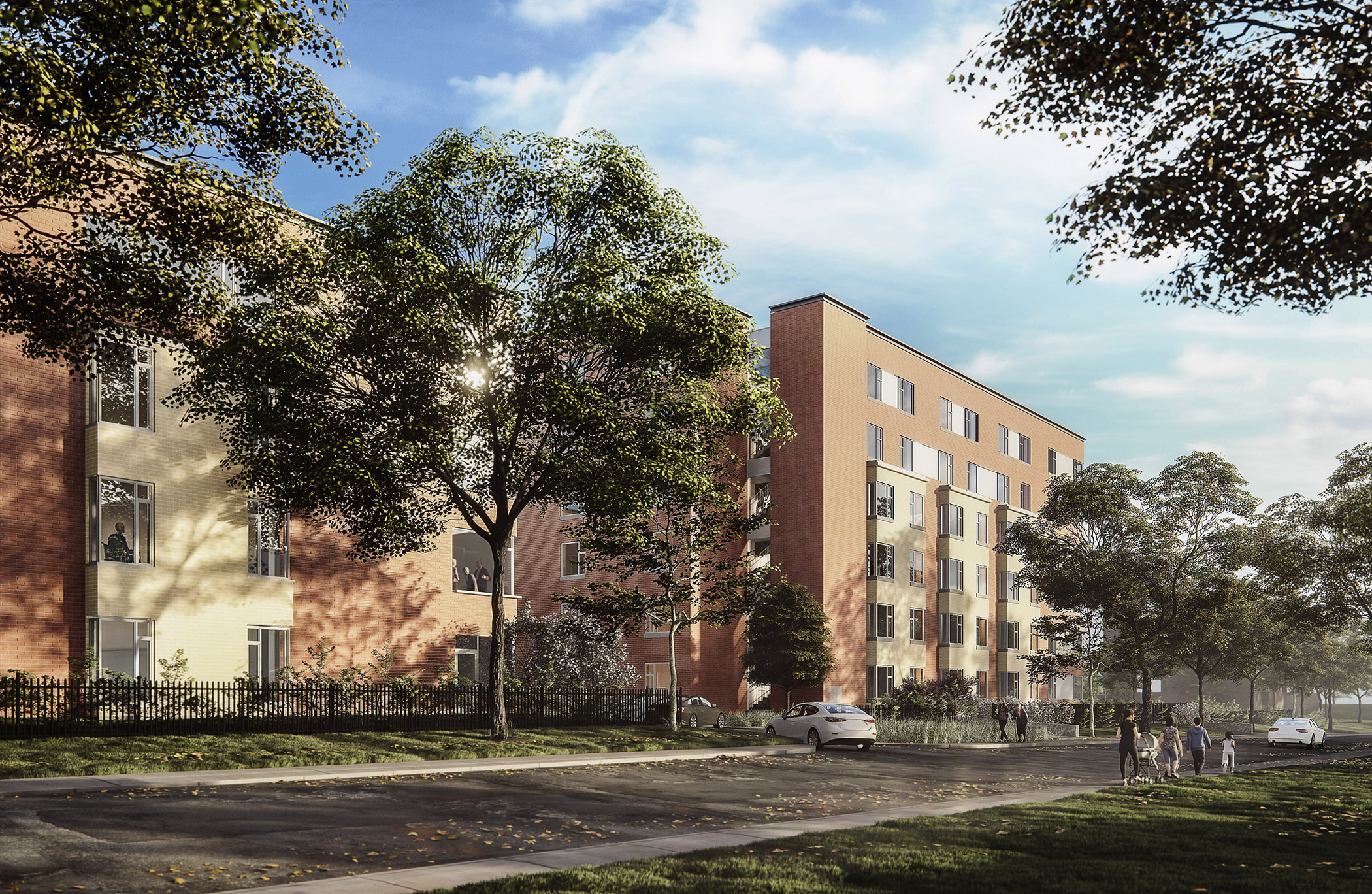 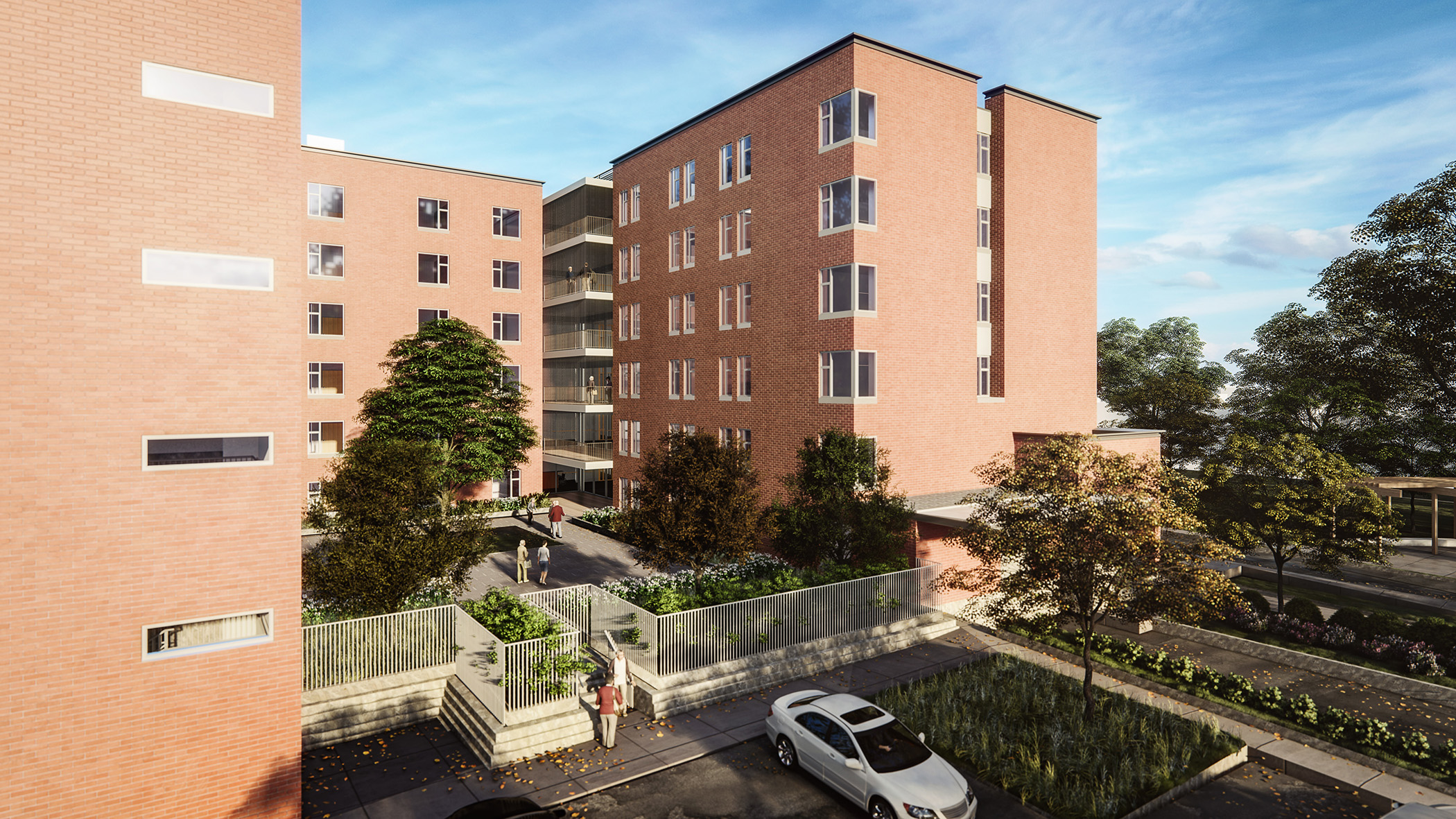 University Health Network is expanding its long-term care services on its Lakeside Centre campus. The new 192-bed facility will adjoin the existing 128-bed home, more than doubling its current capacity and adding a significant number of new resources.

Lakeside II, as it is known, will occupy a former surface parking lot directly south of Lakeside I, retaining the mature trees, lawns and gardens that serve the Centre’s current patrons. The new six-storey building has a ‘C’ shaped plan, with wings that wrap around a central landscaped courtyard. A modest link connects the basement, first and second levels of the old facility with those of the new. Whereas familiar applications of brick and glass in the new building create a cohesive expression between structures, the link provides an important visual break between them.

The home’s main entrance has been relocated to the new facility and leads into a generous, open, double-height lobby space with a small café and flexible furniture that can be easily adapted for special events. Beyond the lobby is the first of 6 new Resident Home Areas. Each floor is similarly configured with one RHA coupled with a different amenity. On the second floor, overlooking the lobby, is a dedicated therapy space as well as a number of multi-purpose offices; the third floor includes an overnight guest suite and small private dining room; the fourth, a new chapel; the fifth, a new activity space; and the sixth, a large conference room and greeting space. Laundry, storage and a new central kitchen are efficiently collocated on the basement level. Occupancy is slated for August 2023. 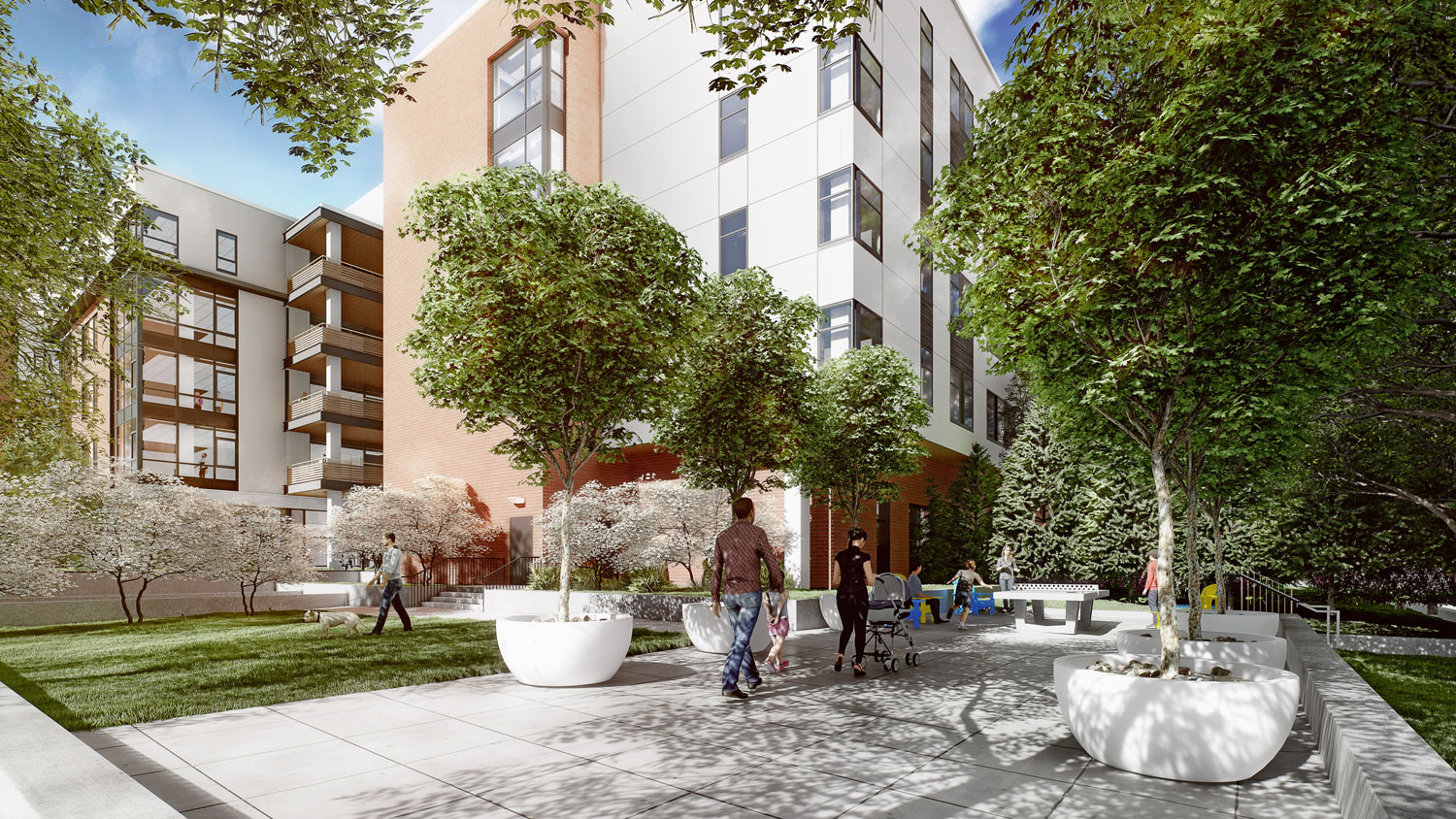 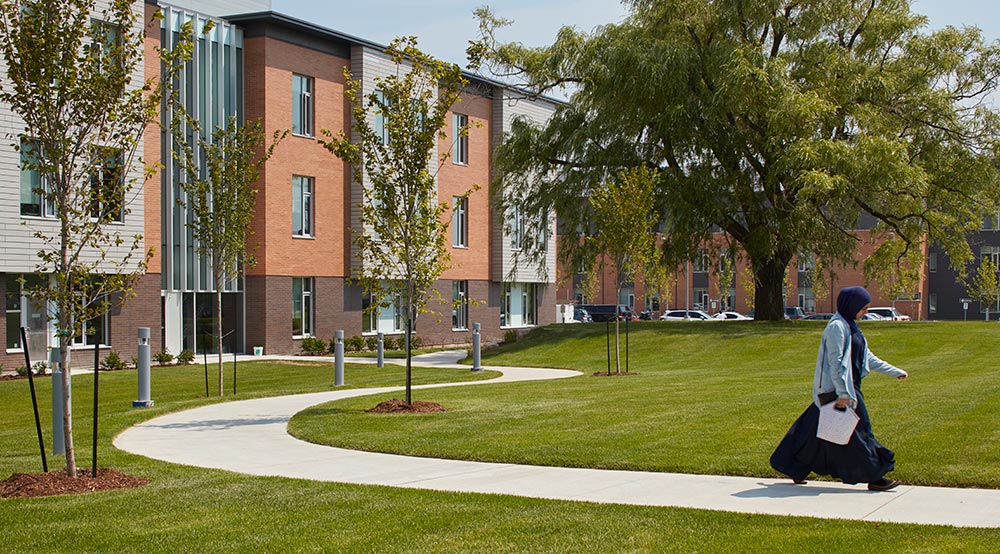 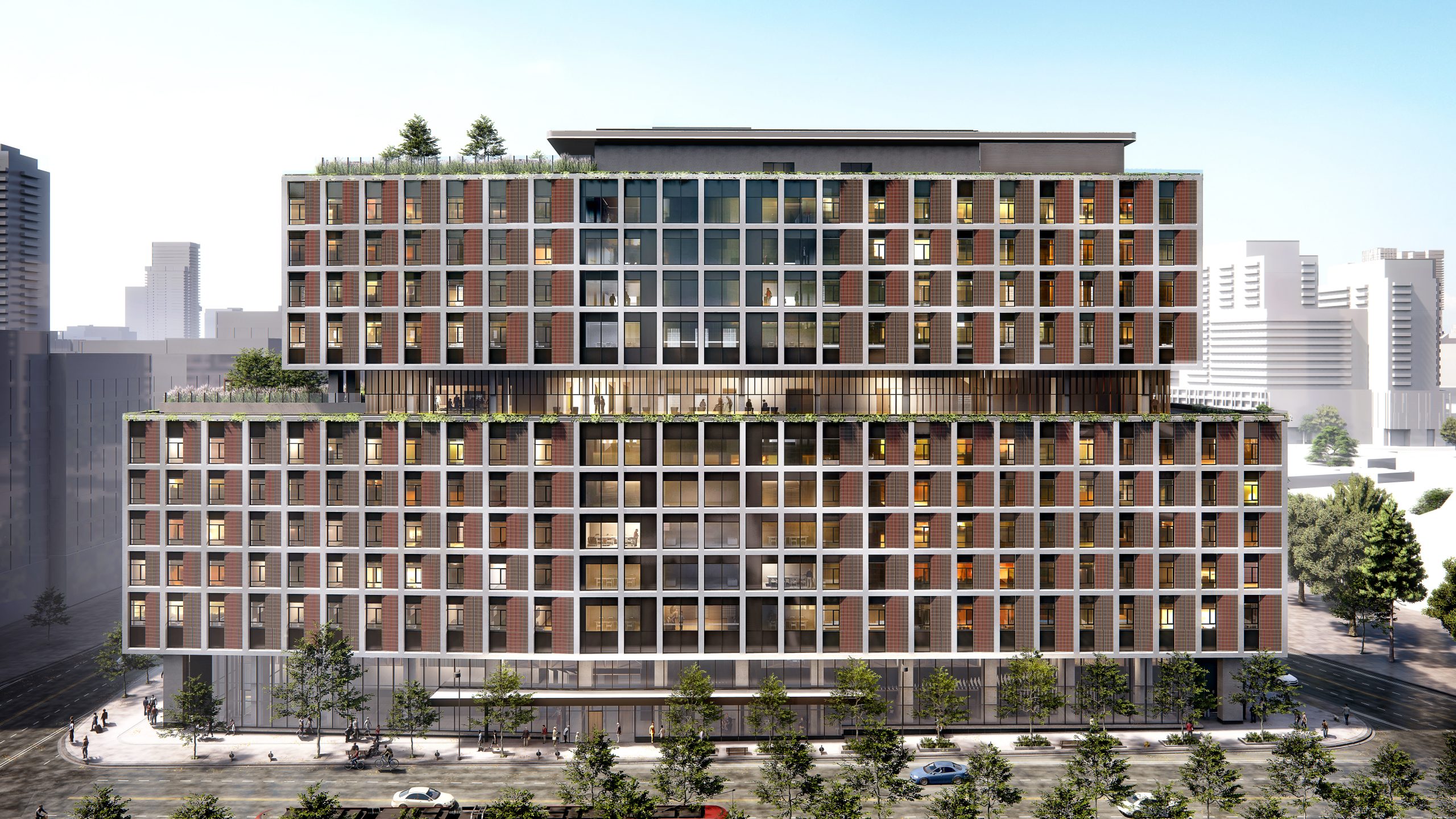