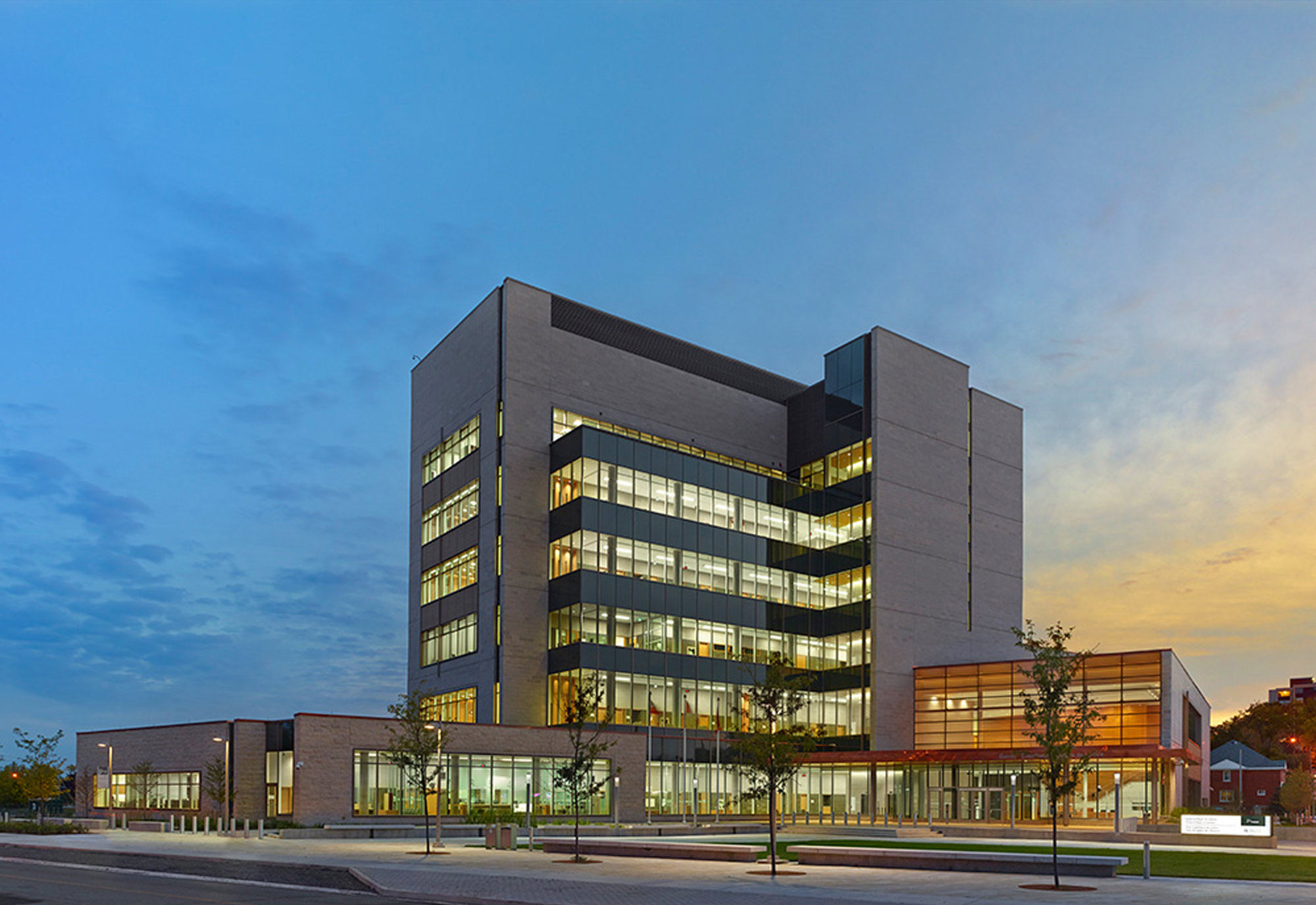 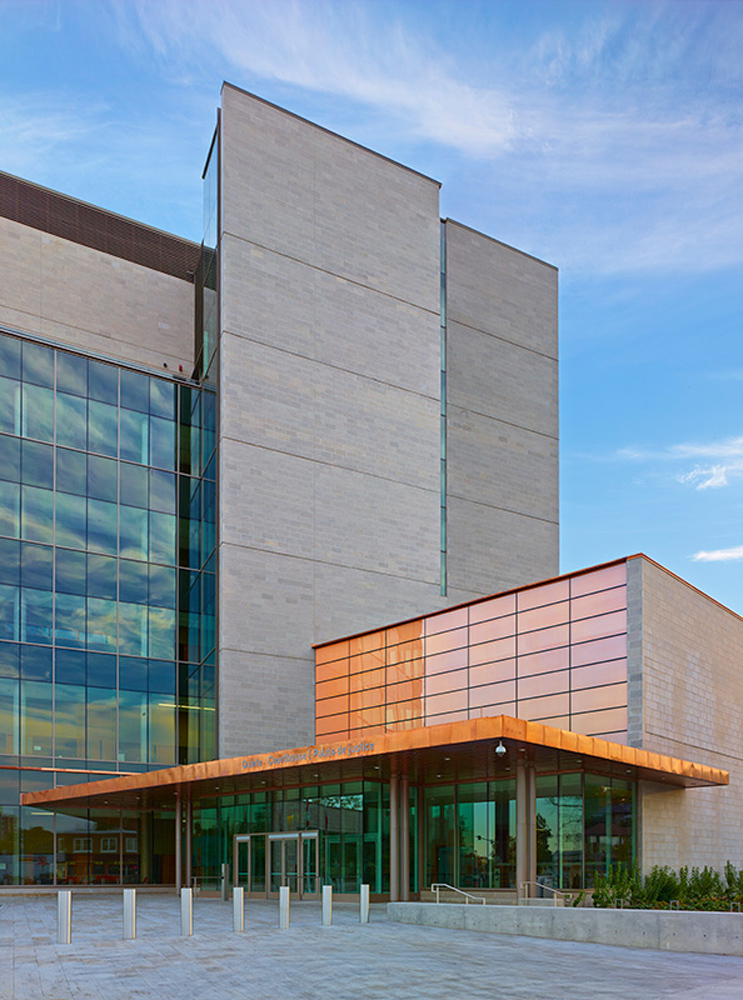 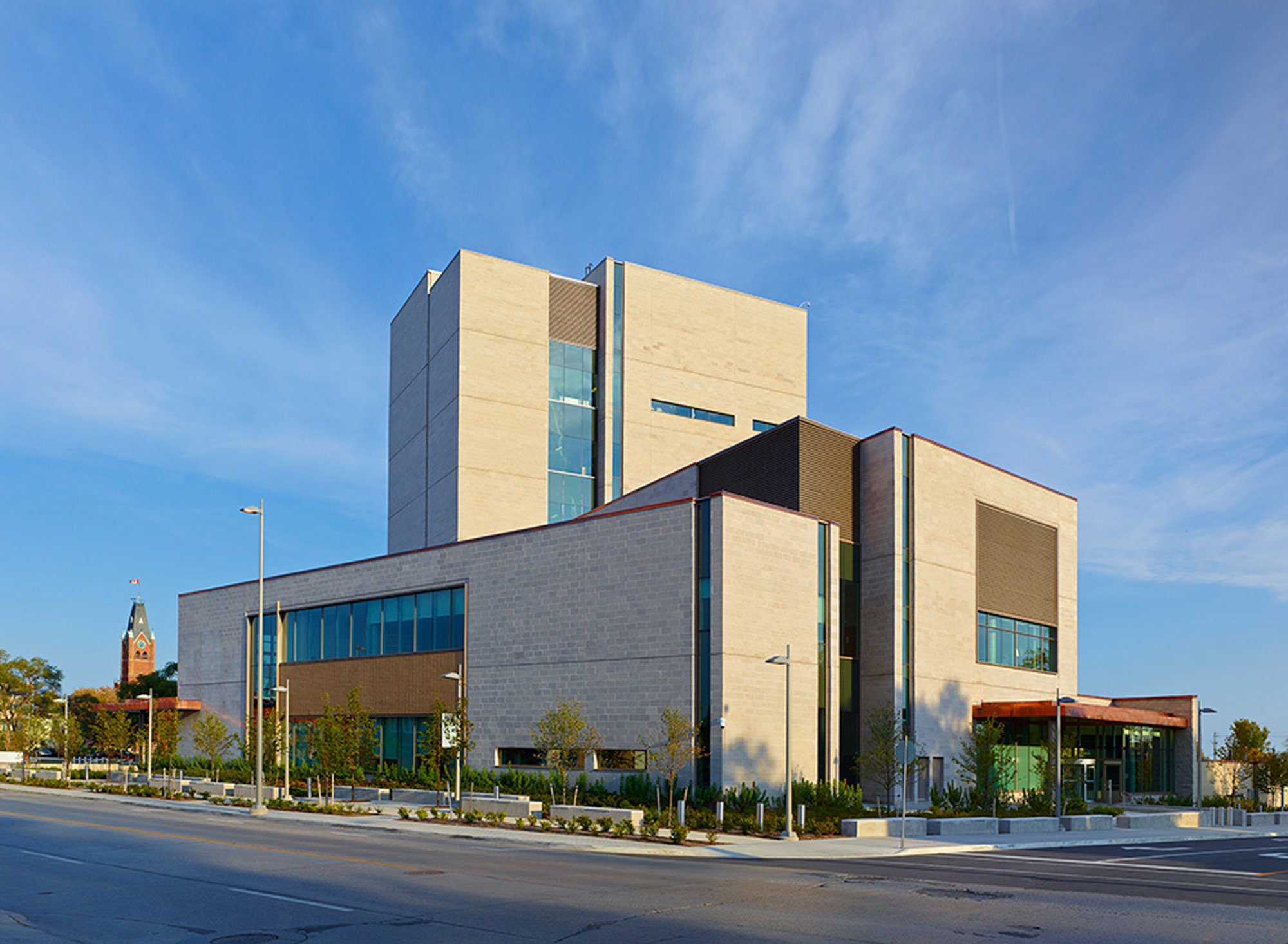 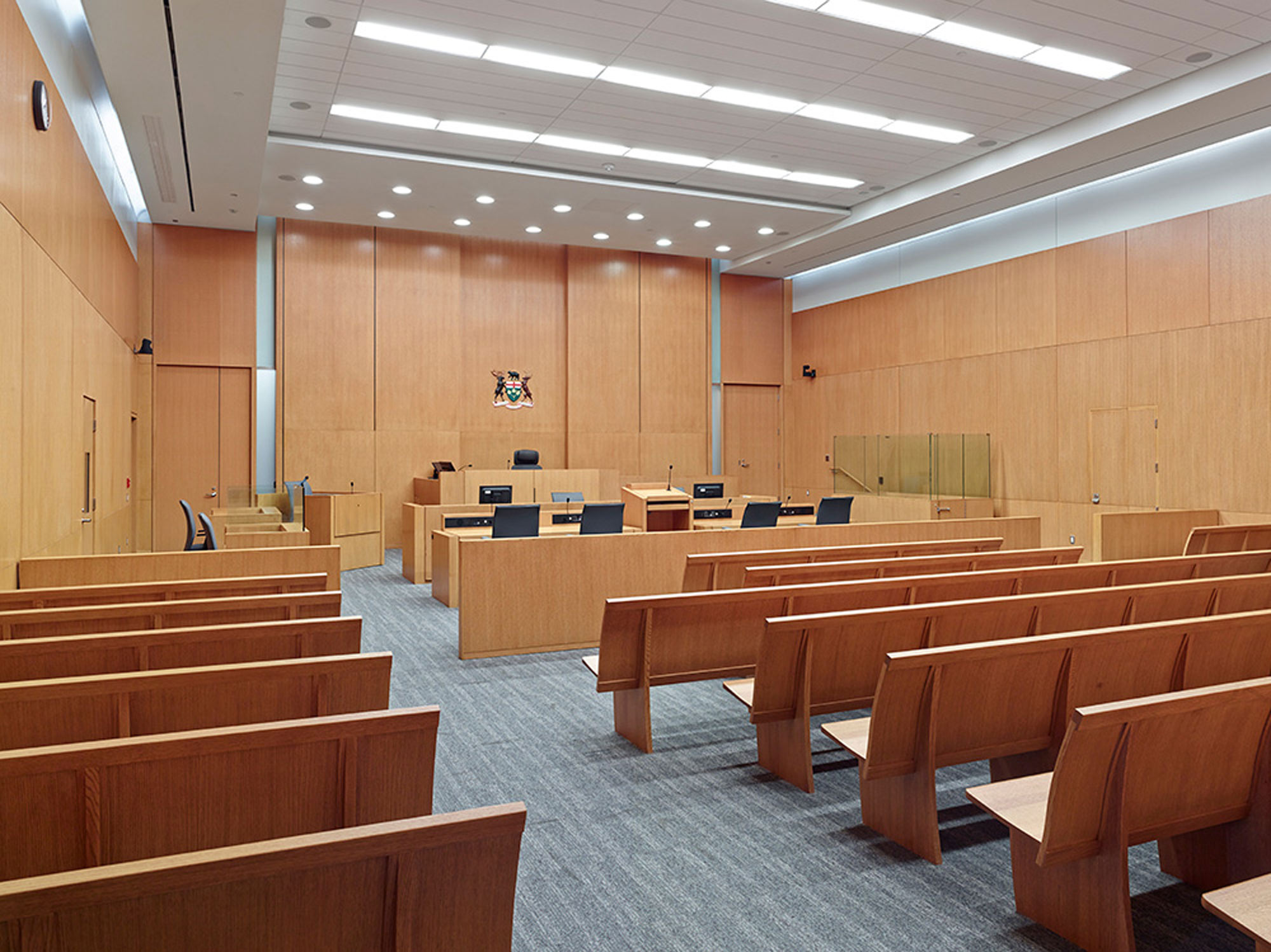 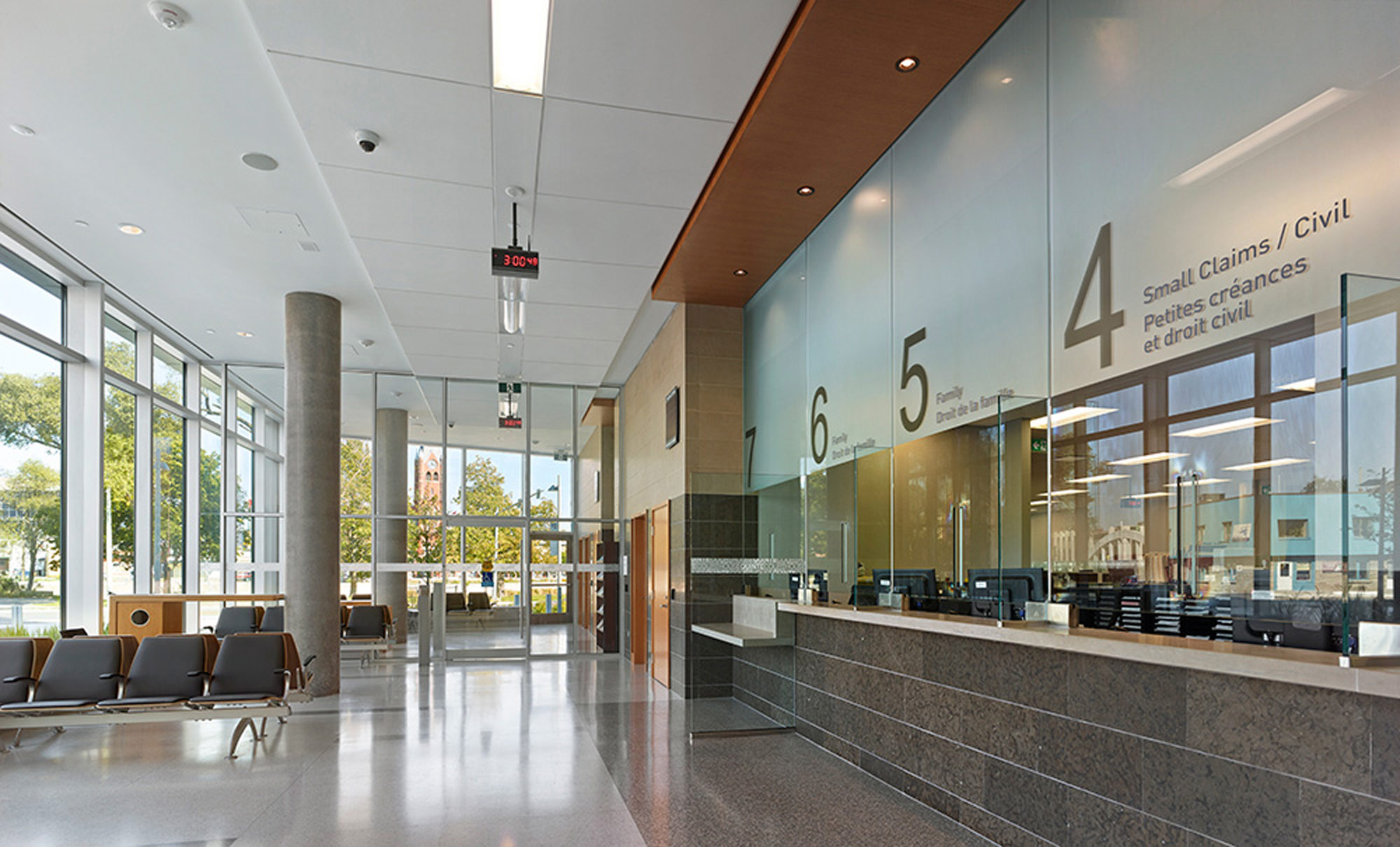 The Quinte Courthouse is a state-of-the-art civic infrastructure project that accommodates the newly consolidated operations of the Ontario Court of Justice and Superior Court of Justice in Hastings County.

The building comprises 11 courtrooms and is judiciously organized with public spaces clustered along one side of its floor plan and more secure spaces along the other. Functions are vertically stratified according to the need for public access: large courtrooms, ceremonial spaces and jury selection rooms are located on the ground floor, while less used and more secure spaces are placed near the top of the six-storey building. With exceptional views of Lake Ontario and an impressive selection of materials – copper, glass and limestone – the courthouse has become a distinguished landmark in the city.

Montgomery Sisam in association with Kleinfeldt Mychajlowycz completed the Planning, Design and Compliance for this complex DBFM project. The building’s functionally efficient, cost effective layout was the product of a rigorous blocking and staking process conducted during the development of the Illustrative Design. A Master Plan and Courthouse District Urban Design Guidelines, generated as part of the PDC scope, resulted in a highly secure building that not integrates seamlessly within its larger urban context but also contributes to the larger revitalization of downtown Belleville.

Kleinfeldt Mychajlowycz  in association with Montgomery Sisam are the Planning, Design and Compliance architects. WZMH are the Architects of Record. 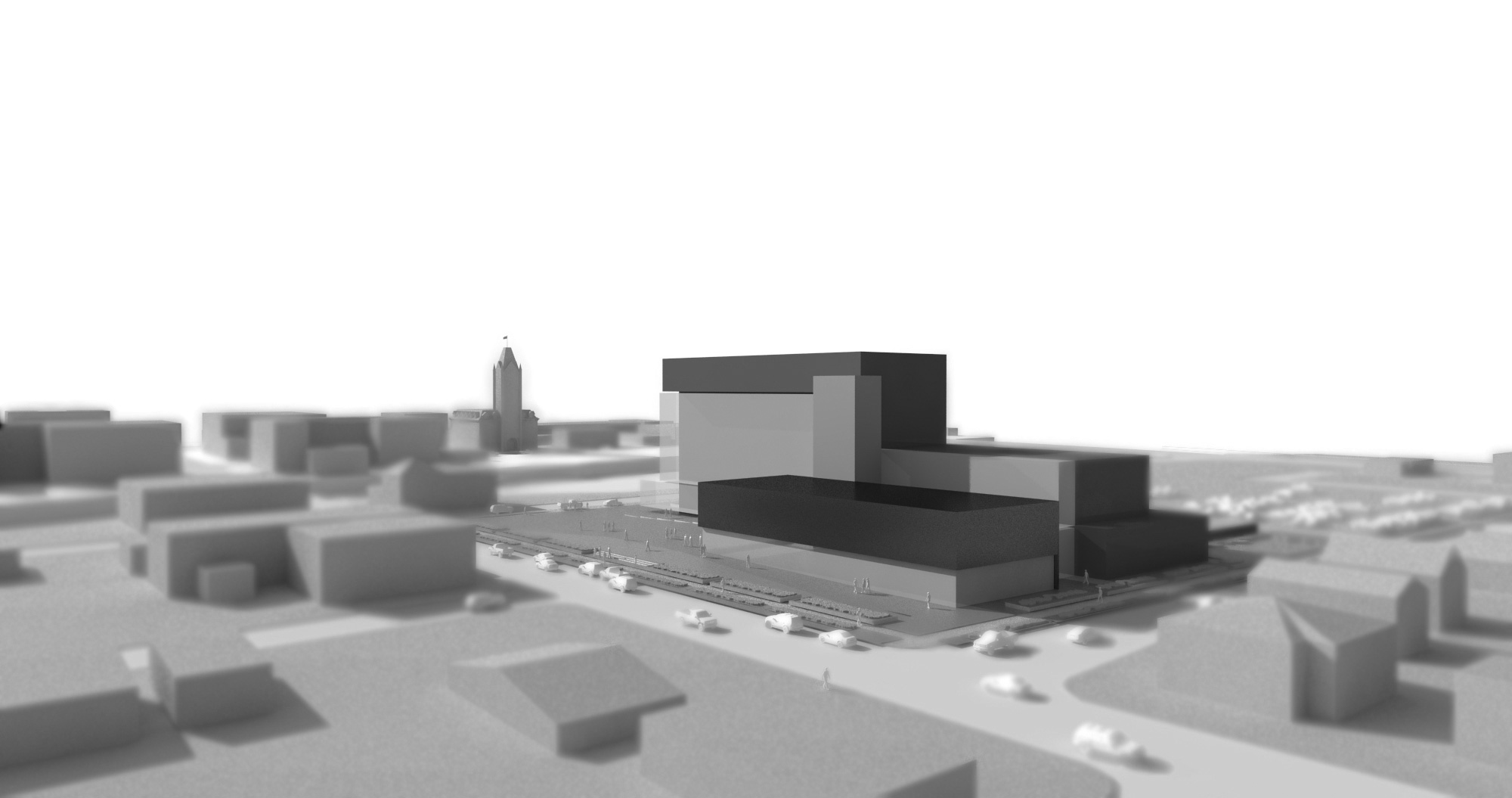 3D modelling allowed the team to explore the buildings massing 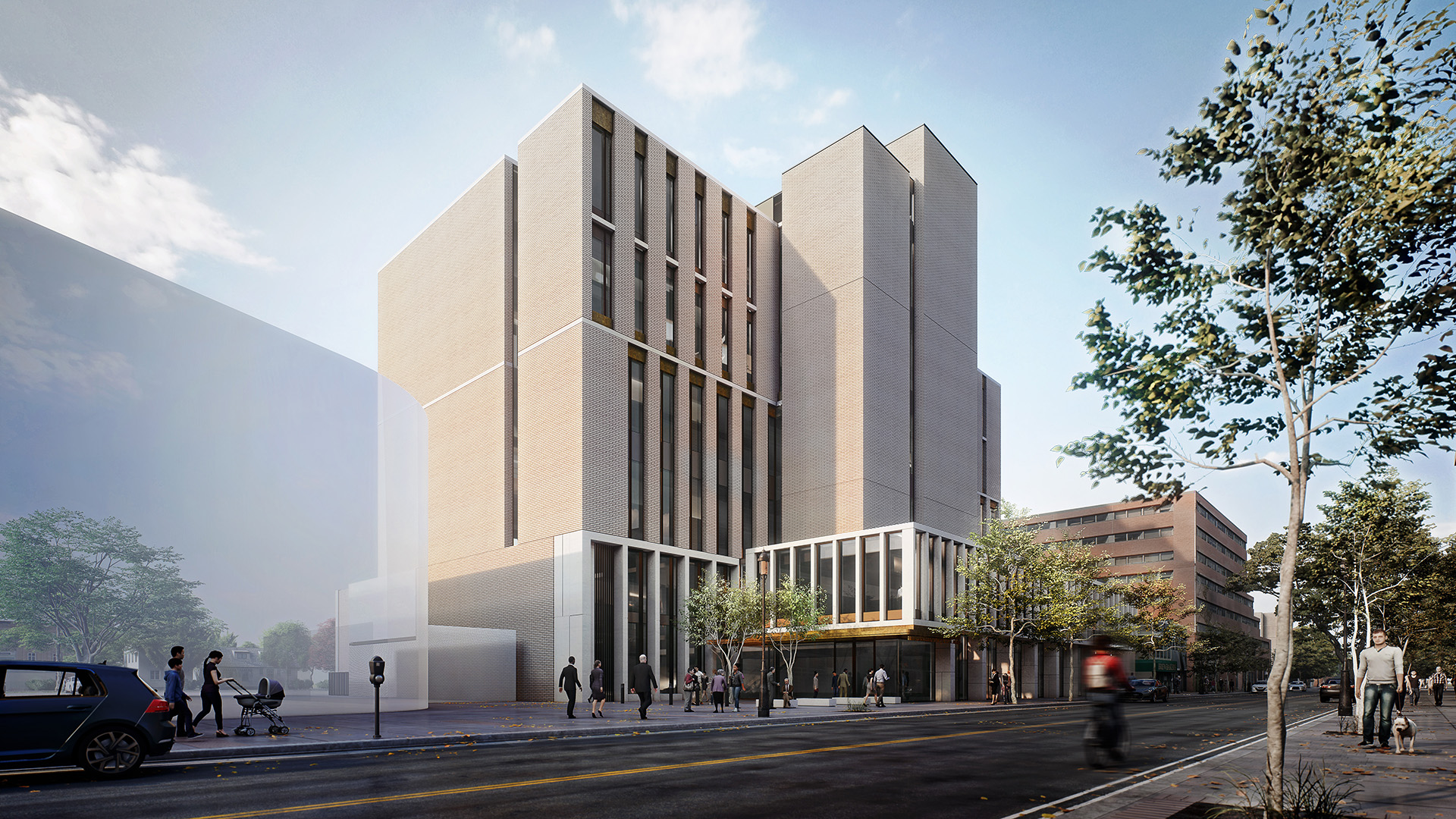 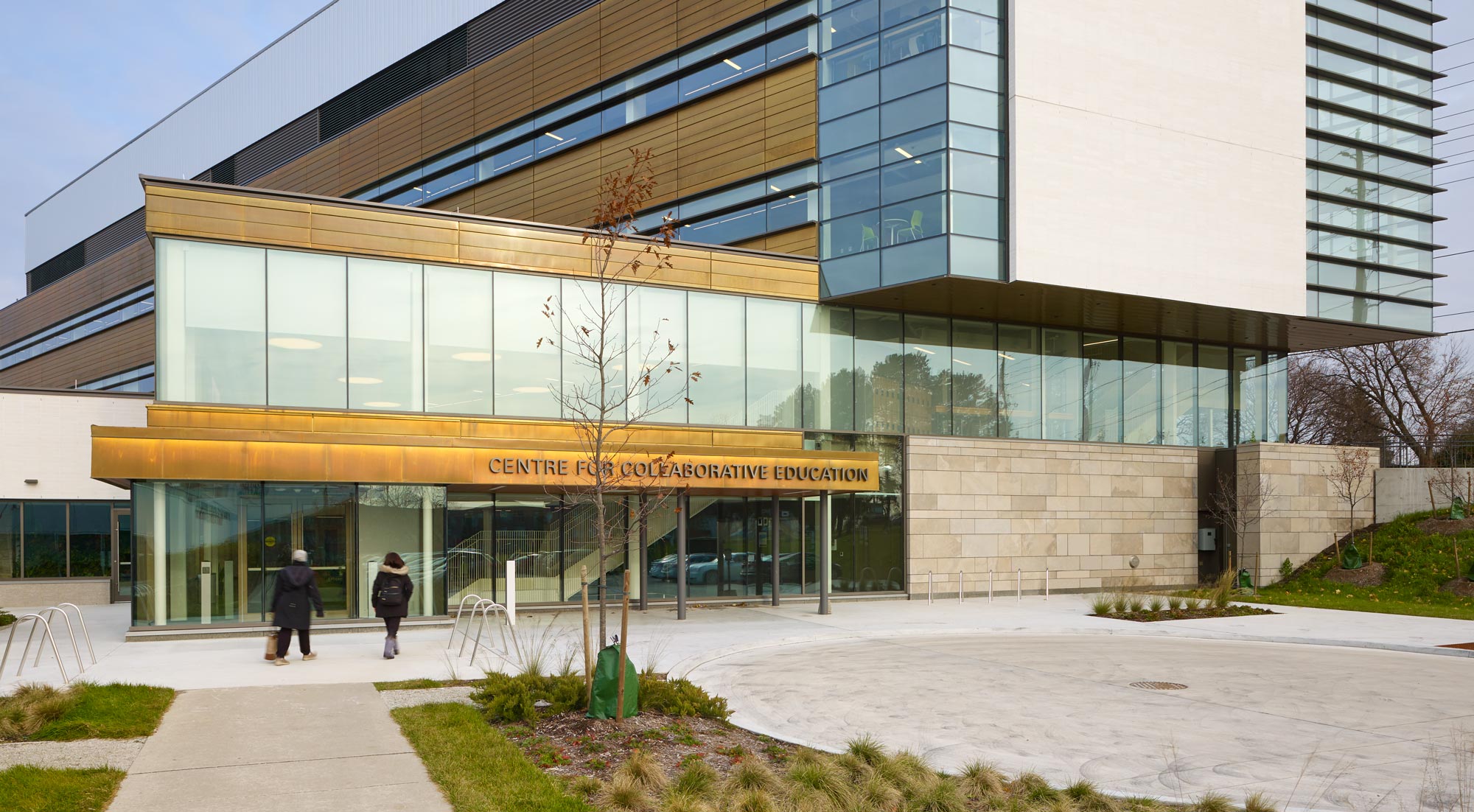 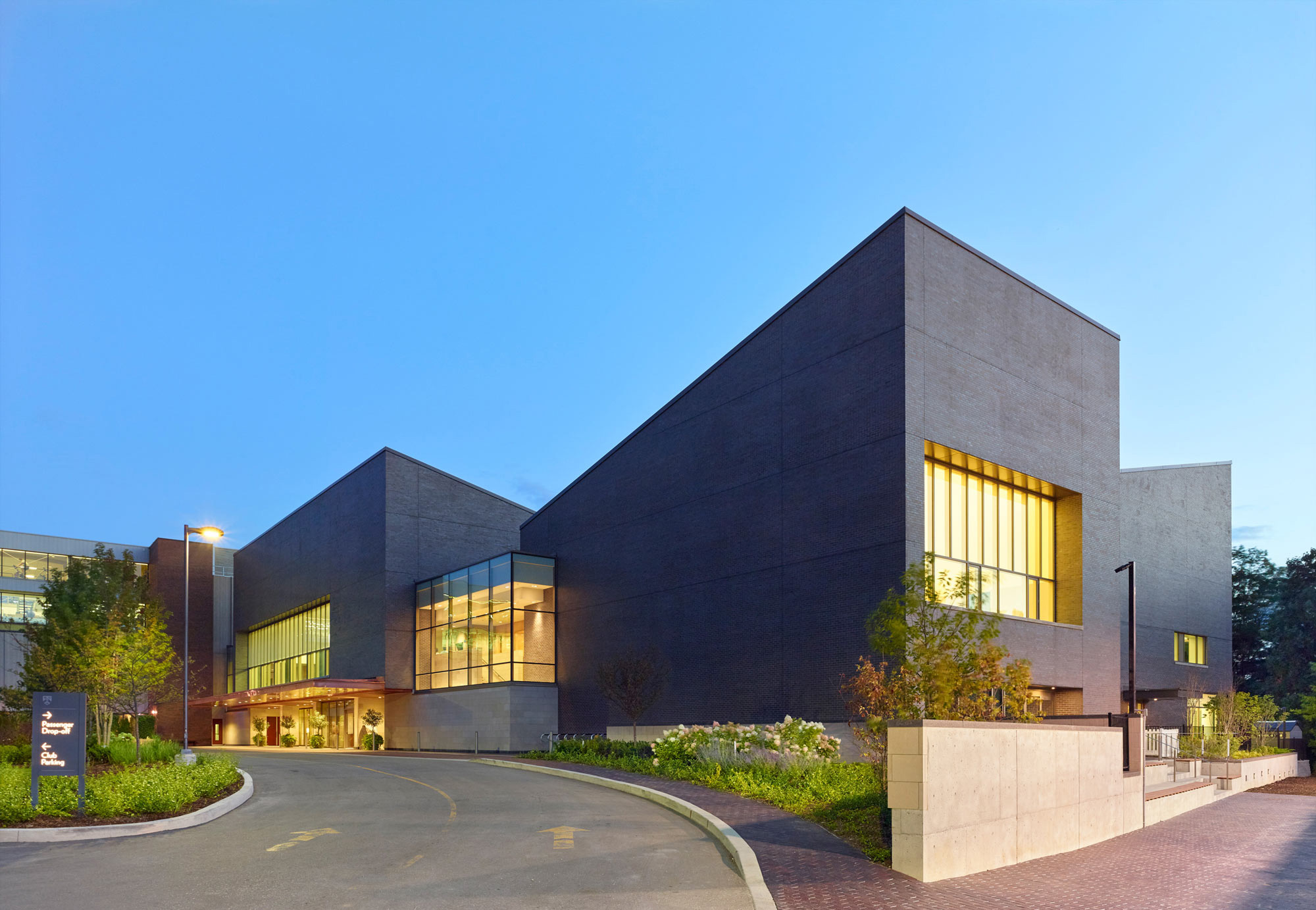